A huge Southern welcome to Ronel Hunter as a guest artist at the festival. Ronel is a committed performer and member of the

Dunedin Folk Club, with which we hold close musical alliances.
Based in Kaka Point, Caitlins, Ronél Hunter is a Singer-Songwriter and a busy mother of three. Originally from South Africa, Ronél played at the local folk festivals, before she settled in New Zealand in 2009, and married her Kiwi husband in 2011.
At the heart, Ronél is a storyteller. She has the ability to step into a song and to become a part of the story, as she takes the audience with her on a beautiful journey of discovering the heart of each song.
Ronél writes songs about real life and is a firm believer in being real and being yourself.
Some of her musical influences include Tracy Chapman, Guy Clark, Dolly Parton, Karen Zoid and Alanis Morissette to name but a few. Her focus is on the story a song has to tell and the emotion behind it, rather than sticking to a genre.
https://www.facebook.com/ronelhuntermusic/ 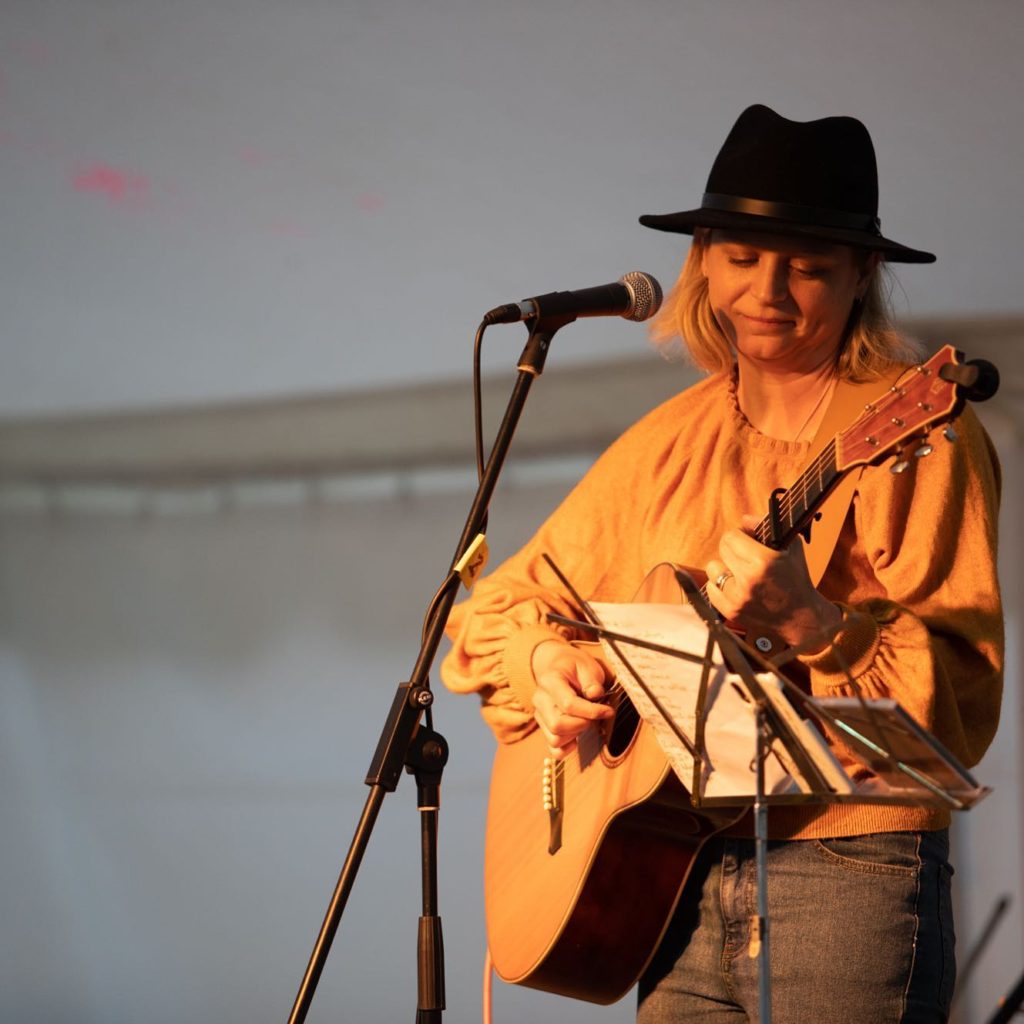