Since beginning his professional music career in 2016, Rhyley has played well over 500 gigs all around the country. After starting out in Melbourne, Rhyley began touring regularly to Tasmania, New South Wales, Queensland and South Australia.

During this time, Rhyley has performed a number of festivals; some of which include the iconic Forth Valley Blues Festival, a number of small Victorian folk festivals, Queensland blues festivals and is a regular performer at, the Bendigo Blues & Roots Music Festival.

Rhyley always brings a captivating performance that will either have you up and dancing, or watching in awe.
Rhyley sets off for his second tour of New Zealand’s South Island at the beginning of April. 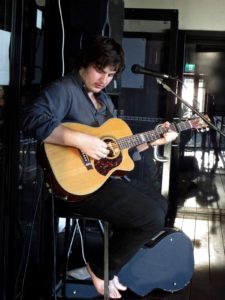