The Alpaca Social Club hits the festival with fresh sounds from exotic lands with a taste of Arabic, Celtic, funk soul and gipsy jazz cultures.
The two musicians at its core are piano/accordionist Craig Denham and bassouki/guitarist John Sanders. They gained notoriety in the NZ music scene through touring in diverse locations – from festivals like WOMAD Festival to Stewart Island (south of New Zealand’s South Island).
Fans describe their live show as “a pyrotechnic display of dazzling virtuosity” and “a quantum leaping musical curiosity”, playing with skill, humour, passion and adventure.
The Club’s debut album was released in 2017 and sold out on the first tour, so work has begun on a follow-up tome. Through a creative fusion of their instruments, they create sonic landscapes that belie the size of the band! 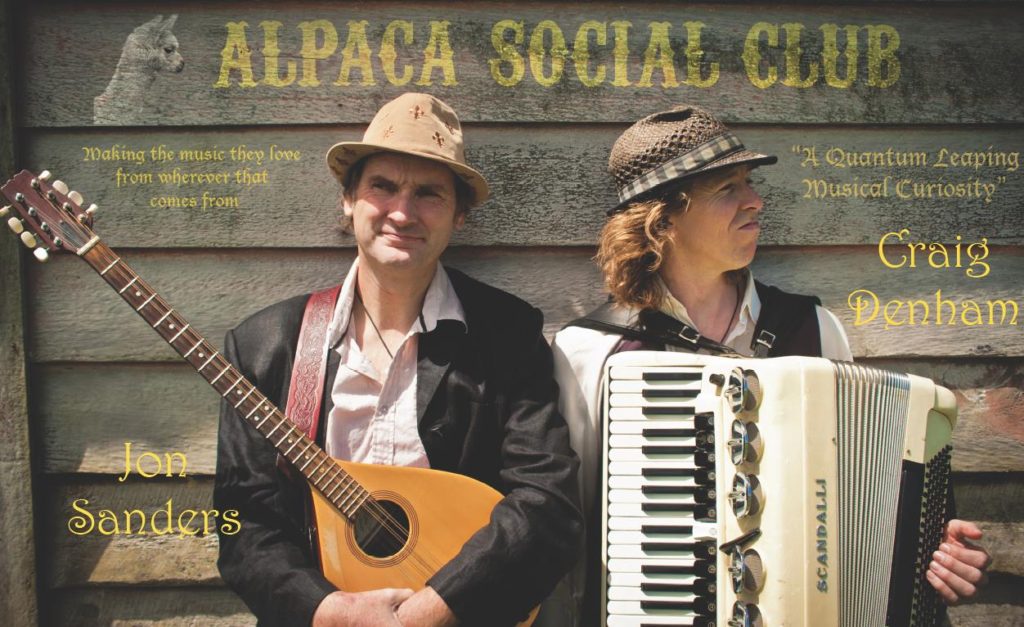